In 2009, a Wheaten Terrier puppy, left his mom, brothers and sisters in Iowa to come to live in Orlando. Upon arriving on the 4th of July weekend, he was given the name Toby. Toby’s new family owned a creative marketing studio named TCDG Studios. Being just a puppy, he could not stay home alone. So every morning he got up early, went outside to visit nature, and was picked up and placed in a car. He looked forward to the day be could jump in and out of the car himself.

Driving each day to the studio became an adventure, meeting new people, walking around outside the studio visiting nature and finding his favorite place to rest under the big table in the Storytelling room. Each evening, Toby would get back into the car to return home.

Over time the Studio staff, clients and visitors would come and ask to see the dog. Thus Toby became known as Studio Dog.

As Toby grew, the sad day came when he was old enough to stay home and just be Toby. Visitors to the Studio would continue to ask where is the dog? Thus Toby became an official member of the TCDG staff with his own mascot character – Studio Dog. 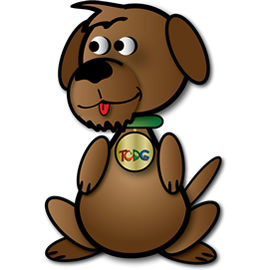 Studio Dog can often be seen with TCDG Studios’ official mascot – Studio Guy on the Studio’s printed and digital media. 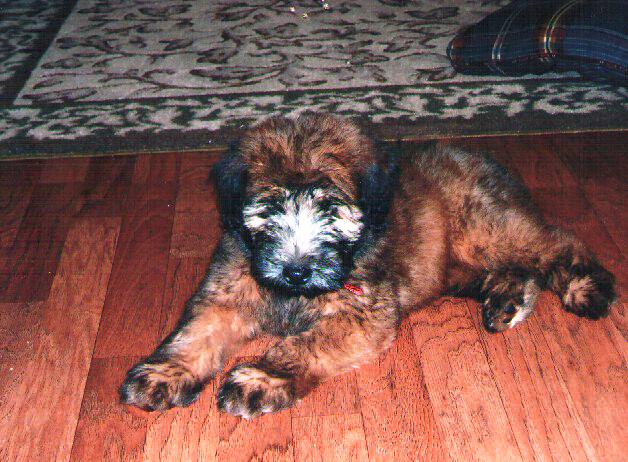 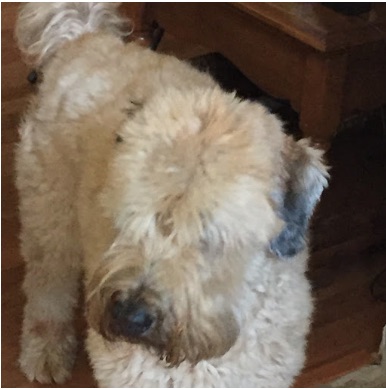 After working all day at the Studio!

Bring Your Story to Life